"Keeping the Lights on is a GM-less game about a synagogue, and its surrounding community fighting to keep it running, trying not to burn out in the process.

It is a collaborative story game about a tight-knit community, and how its members act when times are hard. It’s about burnout, and how to deal with it when it happens. But this is also a game about light, unity, charity, and hope.

You play as four members of a soon-to-be closed synagogue, during Hanukkah in the year 2019 (5780 in the Jewish calendar). You, along with the other members, are fighting to keep it running, but all the discussion, arguing, and organizing takes a toll on your health. You must keep your spirits up, while dealing with life on the side.

This game endeavours to give you a well-rounded experience where you can explore difficult feelings in a safe environment. At the same time, this game can offer a way out of the hardship that it deals you, or at least make the idea of facing that hardship by yourself less scary"

You'll get a 13-page rpg for 4 players that tackles difficult subject matters with maturity and respect. The game uses a dreidel and matches as its main tools, and you will use them to play a story of saving your synagogue and yourselves.

...I really do like games that can show us how to act, can model good behavior, can model best practices so that we can then take that into our own lives, and use those skills . I love roleplaying games that do that, and I think 'Keeping the Lights On' is a perfect example of that type of game.

You can find the video here.

Keeping the Lights On was published as part of the Short Games Digest 4 with the help of my editor, Marx Sheperd (https://blue-golem-games.itch.io/), my artist Bri de Dannan (@BriDanann),  my layout artist Francita Soto (https://www.behance.net/francitasoto), and my sensitivity reader Adira Slattery (https://adira.itch.io/). Thank you for making this game possible!

You can find the Short Games Digest series on DrivethruRPG or by clicking the links below.

In order to download this game you must purchase it at or above the minimum price of $4 USD. You will get access to the following files:

Keeping the Lights On PDF 1 MB

Support this game at or above a special price point to receive something exclusive.

Each copy of Keeping the Lights On  you buy donates a copy to someone else for free!  If you are unable to purchase it at this time, please claim one of these free copies for the community.

Keeping the Lights On is a 13 page rpg about trying to keep a synagogue running despite financial problems and the overall state of the world. It's got lovely art, easy-to-read layout, and it's extremely well-worded. Its writing always feels completely focused and present, never ungrounded.

It's also very direct with its thematic ties to Hanukkah, and it takes place during Hanukkah 2019. This can be heavy, and the game uses a goals section instead of a safety section to keep players pointed towards good practices, rather than simply away from bad ones.

Equipment-wise, Keeping the Lights On is played with matches and a dreidel (which you could swap for a d4,) and it has an almost ritual feel in places. The matches represent how close your character is to burnout, and the dreidel determines whether you lose matches to a collective pot, or gain matches from the pot.

Mechanically, though, the danger of burnout isn't particularly strong. Even though matches do sometimes get consumed during play, because the game is played over the course of eight days or scenes, one player would have to spin very badly *and* set the scene at least four times in order to lose all of their matches. This is sort of unfortunate, because the game has a mechanic for helping out players who have run out of matches, and it makes for a really strong narrative beat.

Lights On isn't short on cool design, though, and one particular standout is character creation, which among other things has you describe what your character's hands look like. I don't think I've seen "show, don't tell" applied so well to character creation before, and this little beat hits hard.

Overall, this is kind of a beautiful game. It has an extremely realistic tone, and that's not usually something I look for, but it surprised me. If you like games about community, religion, cooperation, or if you like games that are just made really, really well, check this one out.

-An optional modification might be to have the person setting a scene contribute a match to the pot *before* spinning the dreidel. This way there's stronger odds that matches will build up in the pot, and burnout is a more present danger.

-If you roll to collect half the matches in the pot, do you round up or down on odd numbers? 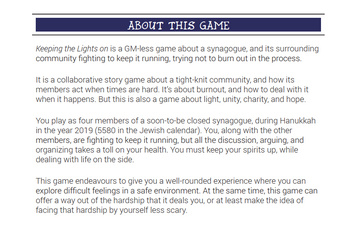 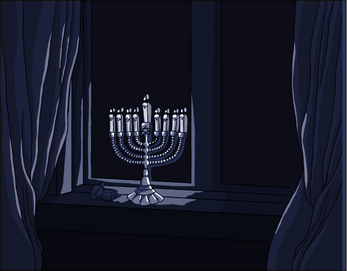 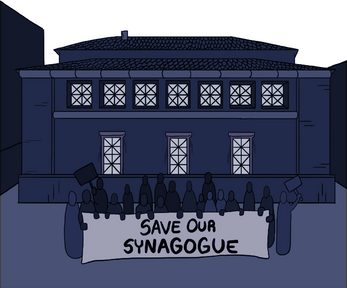